Defending those with Disabilities

John Keating famously cautioned, “No matter what anybody tells you, words and ideas can change the world.” That said, some words or phrases that are “on trend” sometimes feel tired or too familiar and so their meaning and power get diluted.

For example, despite their importance, sometimes terms like Diversity & Inclusion become overused. People assume they understand the meaning or act in ways that support diversity and inclusion as initiatives. The truth is these terms are revisited so often because they are indeed misunderstood, misinterpreted, or misrepresented in real-life scenarios, which is why ath Power Consulting is committed to offering Diversity & Inclusion training for our clients.

We’re confident that all of our clients support fair housing as an ideal. Put into practice, it’s possible to fall short of the guidelines established in 1968 by the Fair Housing Act. This blog will educate you in short and easily digestible sections on the nuances of fair housing and how you can keep yourself clear of claims against you.

The first in our series concerns guidance about ADA (American with Disabilities Act) compliance as defined by the Fair Housing Act, specifically section 504 of the Rehabilitation Act of 1973.

According to the United States Department of Housing and Urban Development (HUD), “The Fair Housing Act prohibits discrimination in the sale, rental, and financing of dwellings and in other housing-related activities based on disability, among other protected classes. Generally, the Fair Housing Act applies to a broad range of persons and entities, including public housing agencies, property owners, landlords, housing managers, real estate agents, brokerage service agencies, and banks.”

Section 504 provides financial assistance to those individuals considered persons with disabilities, who are protected by the civil rights laws outlined by the Americans with Disabilities Act.

As one property owner in New York discovered, this includes the right to keep an assistance animal. The owner of an apartment building in Buffalo, New York refused to allow one of his disabled tenants to keep a service animal, which is illegal, resulting in charges against him.

These cases illustrate the importance of Diversity & Inclusion training to ensure that all stipulations outlined by the Fair Housing Act are followed.

Children are a Protected Class

As Dr. Seuss said, “A person’s a person, no matter how small.”

That single statement effectively sums up the legal precedent established by the Fair Housing Act, which makes it illegal to discriminate against families with children. According to HUD, “The Fair Housing Act prohibits housing providers from denying or limiting housing to families with children under age 18, including refusing to negotiate and making discriminatory statements based on familial status.”

Perhaps if the property owners of Rhode Island’s John Street Properties and property manager Lenox Realty Group, Inc., had paid closer attention to this legislation, they would have avoided charges of housing discrimination against families with children.

This case is an excellent example of how housing discrimination can be subtle but still very real. It’s important to note that in this case, the defendant did not flat out refuse to rent to a family with children. Rather, upon discovering that a few potential tenants had children, he advised them to look elsewhere, citing lead paint in the building and the predominately college-aged community living in his and the surrounding residences. In one exchange, he even asserted that “like-minded people” should live together in the same area, citing senior citizens, college students, and families as examples.

Michael Williams, HUD’s Principal Deputy General Counsel, was crystal clear when he said, “HUD remains committed to ensuring that families with children are provided the same housing opportunities as those without children. Under the Fair Housing Act, housing providers may not limit the housing choices of families because they have children.”

On the Basis of Sex

The title of the blockbuster film celebrating the life of Ruth Bader Ginsburg, housing discrimination on the basis of sex is a very real problem and one that HUD does not take lightly.

As with other populations of people, “The Fair Housing Act prohibits sexual harassment of tenants and other forms of housing discrimination based on race, sex, color, national origin, disability, religion and familial status.”

What this often looks like with respect to fair housing is sexual harassment, which is a form of discrimination. Take, for example, Tennessee landlord, Chad David Ables, who allegedly pressured two of his tenants, a same-sex couple, to perform sexual favors in lieu of paying rent. When the couple rejected his propositions, he cut off the water supply to their home. He later accused the couple of submitting rent late and presented them with a notice to vacate.

They did move out and filed a claim with HUD.

Paul Compton, HUD’s General Counsel, asserted that “Subjecting female tenants to sexual harassment is illegal, and HUD will continue to enforce the Fair Housing Act against property owners who engage in such misconduct. HUD is steadfastly committed to protecting the right of tenants to be free from sexual or other discriminatory harassment by their landlords.”

Issues with housing discrimination based on sex is more common than you might think, an unfortunate reality that prompted HUD to and the U.S. Department of Justice (DOJ) to release a public service announcement (PSA) in July 2018 to raise awareness of housing-related sexual harassment, the goal of which is to make resources more accessible and make the process of reporting harassment easier.

When it comes to fair housing, that’s something that the United States Department of Housing and Urban Development (HUD) wants to prevent.

Perhaps the most insidious example of housing discrimination results from language barriers or bias against those who speak in “accented English.”

HUD identifies this population as LEP, or Limited English Proficient and insists that “A person’s accent and his or her national origin are ‘inextricably intertwined.'”

According to Gustavo Velasquez, HUD’s assistant secretary for fair housing and equal opportunity, “Having a limited ability to speak English should never be a reason to be denied a home. Every family that calls this nation home has the same rights when it comes to renting or buying a home, regardless of where they come from or the language they speak.”

What this means is that any landlord who exclusively rents to native English speakers or refuses tenancy to prospective tenants who speak English with an accent will be considered in violation of the Fair Housing Act.

In 2019, NBC News reported An ugly legacy: Latino couple finds racist covenant in housing paperwork, which details dated language that would restrict any non-Caucasian person from purchasing or residing in a particular home.

According to the article:

This is another illustration of why Diversity & Inclusion training is just as important as it ever was. Discrimination based on language is tantamount to discrimination based on national origin. Training your team to see the disparities and inequities that exist in fair housing practices is requisite to making a difference and ensuring that diversity in these spaces is protected. 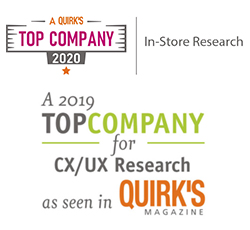 ath Power Consulting is a premier provider of CX research and training solutions.